Luxury Villa in Amsterdam by Studioninedots.

What you see in the following pictures is a magnificent villa designed by the famous Dutch study of architecture Studioninedots.

It is a real architectural work built on the tip of an island close to Amsterdam which includes, in addition to this beautiful house, even many luxury villas and one of the most important tennis clubs in the area.

This house is located in the most beautiful and evocative spot of this small strip of land Dutch, surrounded by water and by a vast natural park.

Each side of the villa has been designed to create total interaction with nature, increasing more and more the relationship between the inside and the outside of the house. The floors in the building are three.

The part built underground has inside a cinema room, a guest room, bathrooms, a studio, and a children’s playground.

To illuminate this area which is completely underground, the architects have created a real hole in the ground which allows the entry of light, providing full illumination.

The ground floor contains the kitchen, the dining room and a large living room, while the top house floor has the three bedrooms.

There are very singular black perforated steel shutters that obscure, at least in part, the sleeping area: they make geometric carvings that give striking effects both on floors and walls.

Once opened them, the house blends completely with the surrounding nature, guaranteeing, from every point of it, a breathtaking view.

Even the outside is remarkable: the south side of the building was carried out by creating a recess rounded on the inside of the house, creating an indoor large and intimate terrace, just a few steps from the immense garden that surrounds the villa. 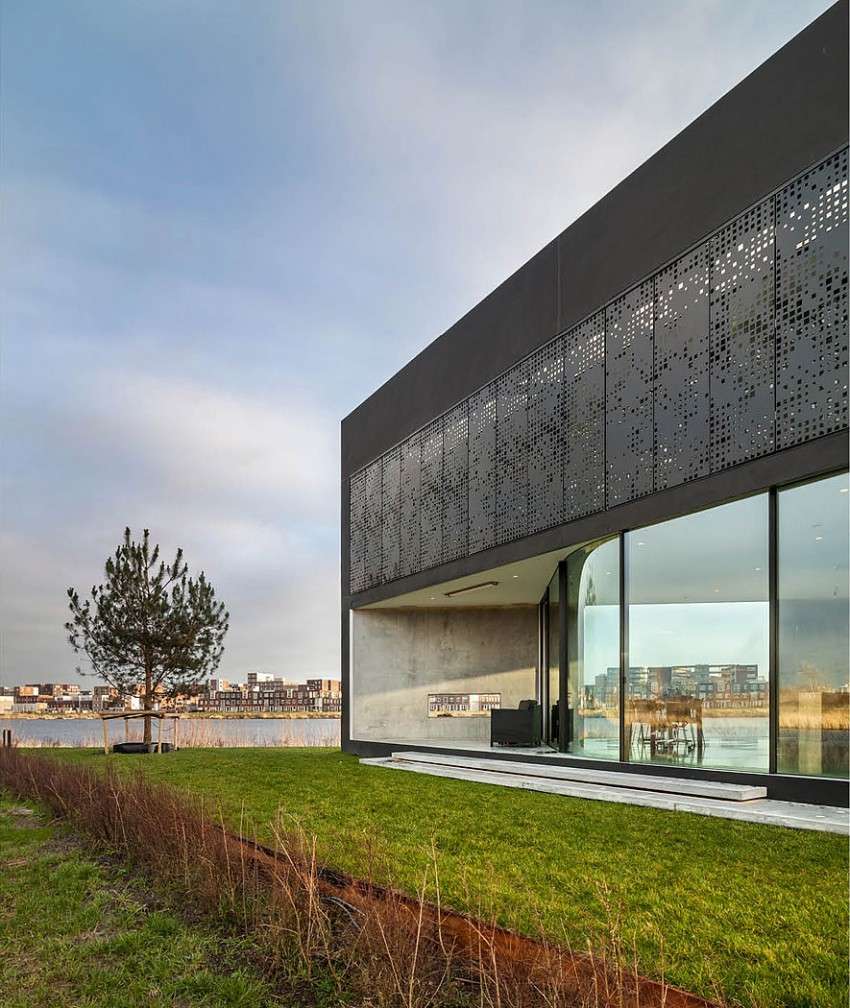 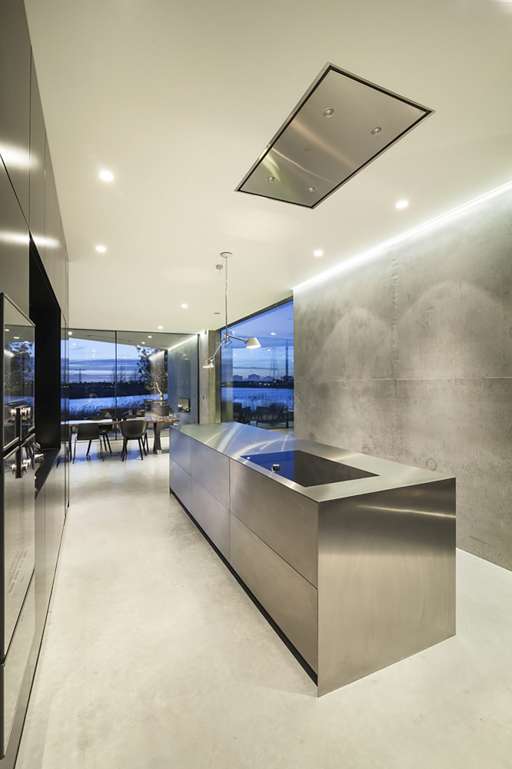 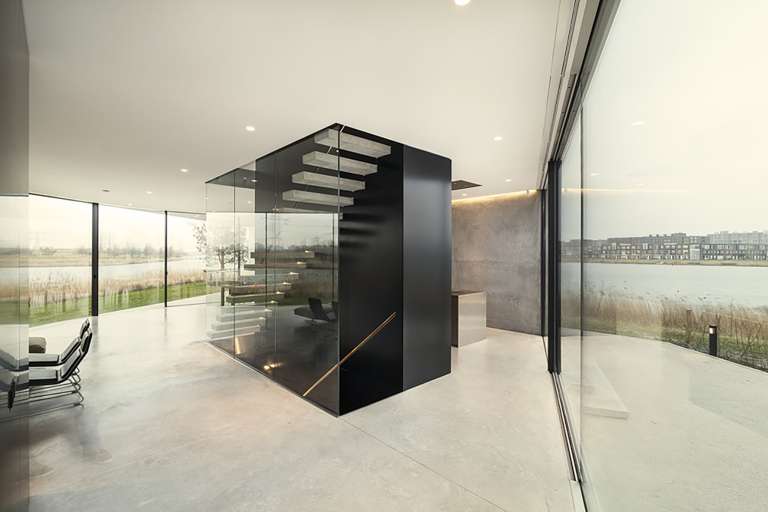 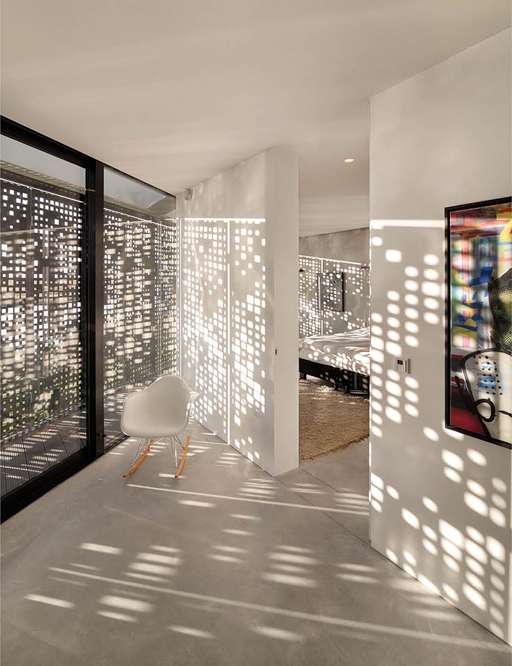 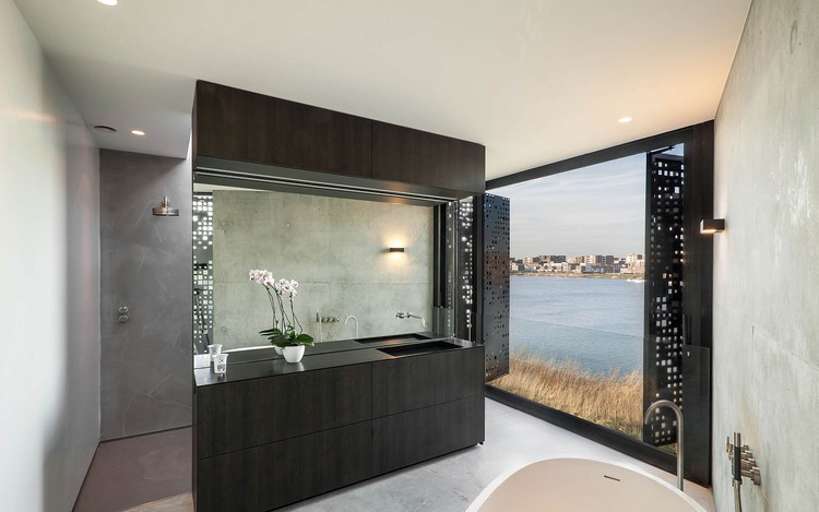 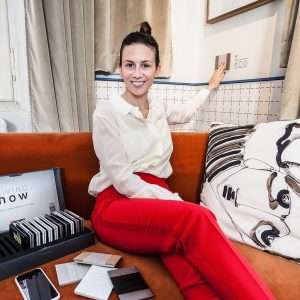