Home » Fashion » Menswear is coming back to Milano Moda Uomo

Menswear is coming back to Milano Moda Uomo

With 16 shows and 60 presentations, it has been the most “physical” fashion week since the beginning of the pandemic.

Five days that lived up to the expectations, even if the calendar has been significantly changed in the previous weeks.

The most notable absentee has been Giorgio Armani.

Due to the pandemic situation Armani cancelled the shows for both the first line and Emporio, alongside the Armani Privè at the Paris Fashion Week.

Also cancelled a few days before the kermesse, the show by JW Anderson which should have the debut in Milan for the Northern Irish stylist Jonathan Anderson.

But the show must go on, and this edition of Milano Moda Uomo has been full of surprises!

This practical gear is dignified by precious leather and silk tech, working side by side with tailoring, applied to T-shirts, bomber jackets and parkas.

The clothes are example of structured modernism and their intrinsic architecture defines its shapes.

The body is enhanced, shoulders and waist are highlighted by tailoring.

A total white suit embroiled with pearls and spikes is the firs look to show up at the Dolce&Gabbana show at the Metropol of Milan.

Wearing it, Texan singer and actor Machine Gun Kelly, who didn’t just perform the soundtrack but also as a model for the maison.

The show becomes a proper rave party, set in a pop design, leading the audience into a virtual universe.

Domenico Dolce and Stefano Gabbana’s collection is definitely striking, with oversize faux furs to cover the underwear and bombers altered to tracksuits. 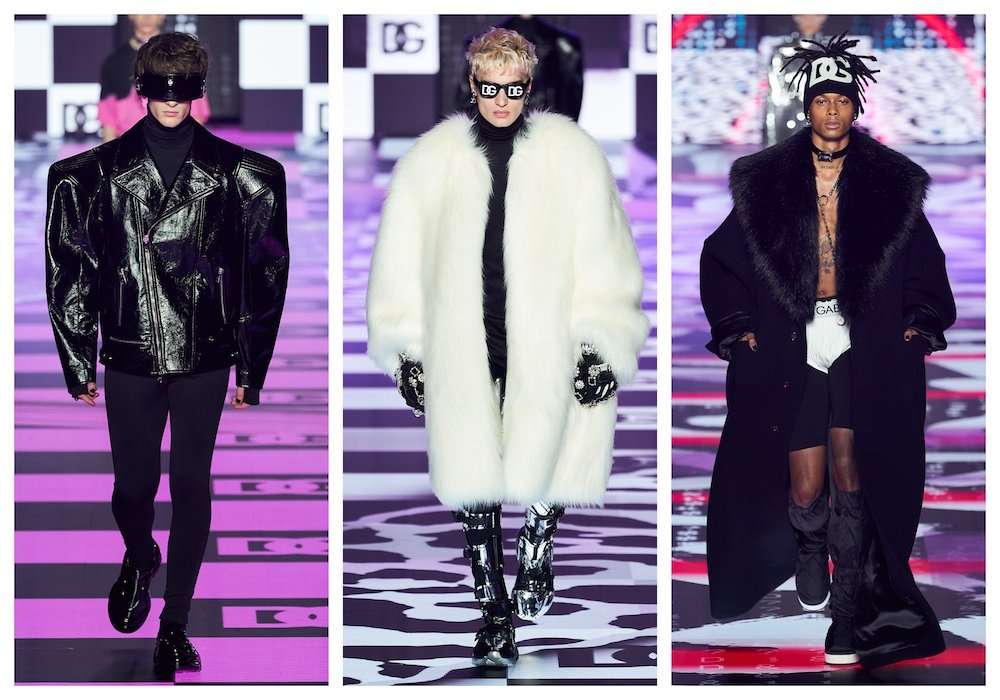 Trousers and shirts are over, while jackets propose new silhouettes in which large shoulders are balanced by the small and highlighted waist.

Etro’s journey into the knowledge library

Fall-Winter show 2022/2023 by Etro took place in the library of Bocconi University, a place of knowledge in which to start a journey towards unknown and unexplored destinations.

The collection itself it’s a journey, sidereal and nordic, through an alternation of shapes and colours, moduled with a monochromatic taste. 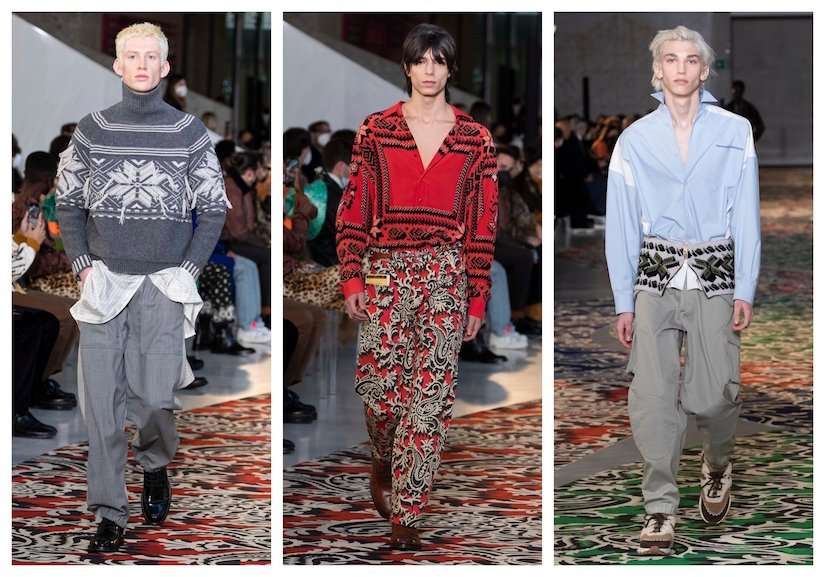 The palette ranges from icy shades of grey and blue to intense tones of purple, green and orange, with bright touches of red, electric blue and mustard.

Fabrics are heavy, made of wool, velvet, jacquard silk and rubber.

The silhouettes are stratified and clean, a sum of archetypical clothes in the Etro key.

Milan’s fashion week hosted the first phygital show by Zegna after the rebranding, unveiled last December with the entrance in Wall Street.

It creates relaxed suits made of trapezoidal jackets, overshirts and trousers all made of the same material.

On stage at the fashion week Fendi’s man by Silvia Venturini, whose catwalk is a triumph of refined and wide jackets, blazer that become capes and light trousers. 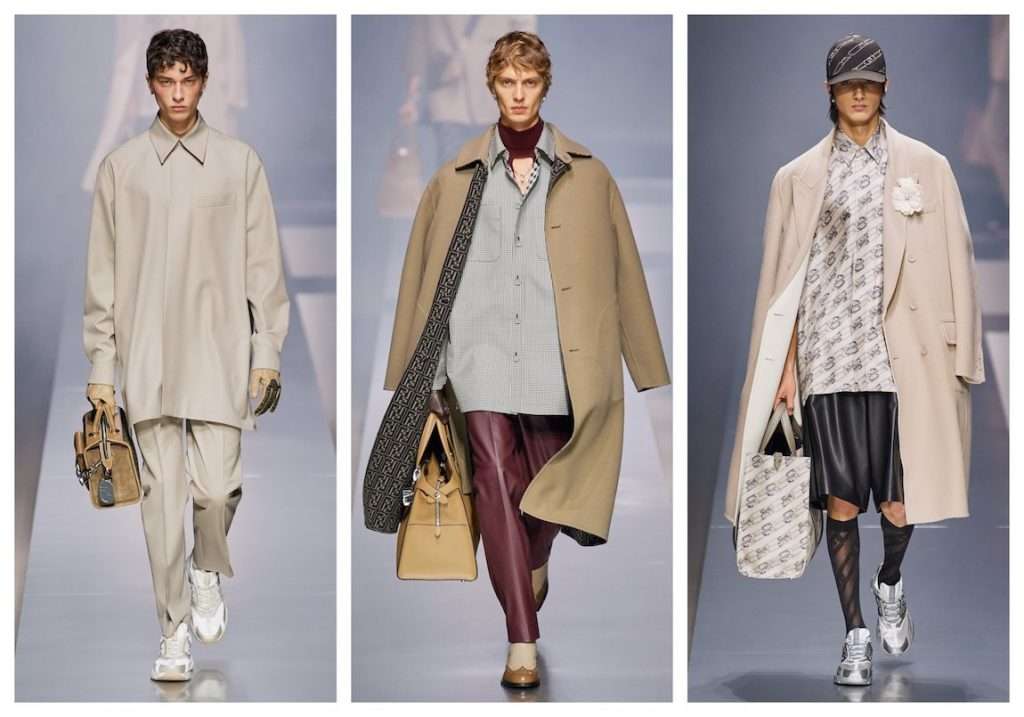 If you want to keep updated on fashion, check out these articles: 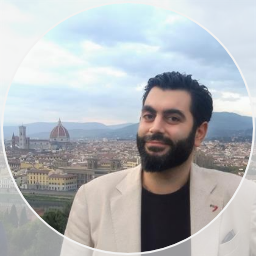