Home » Art and Design » The Peggy Guggenheim Collection in Venice

The Peggy Guggenheim Collection in Venice

With this article we are going to take a tour of Palazzo Venier dei Leoni, to see the wonderful Peggy Guggenheim Collection of Venice.

It is one of the most important XX century American and European art museums in Italy.

Located right on the Canal Grande, in one of the of the many Peggy Guggenheim’s residences, its grounds also host collections Hannelore B. and Rudolph B. Schullof.

The garden is like an open air exhibition, with valuable sculptures such as “Sfera n.3” by Arnaldo Pomodoro (1964).

The foundation gathers, preserves and reinterprets modern and contemporary art.

It explores new ideas and cultures and creates dynamic collaborations, ranging from curatorial to educational settings.

After the passing of Peggy Guggenheim, in 1980, an international committee in support of the Collection.

Peggy herself was well aware of the important and demanding work behind her art pieces.

“I have devoted my life to my collection. A collection is demanding. But it’s what I wanted to do and I made it the work of a lifetime. I am not a collector. I am a museum.”

These words are found in Peggy Guggenheim and her friends” a collection of epistolary notes from 1970 to 1976.

The Venice Collection is “protected” by Palazzo Venier dei Leoni

The building has been designed by architect Lorenzo Boschetti Venier in 1749.

There were troubled times for Venice and for the family, so instead of the intended five floors only one has been built: the building remains unfinished. Art historians have found out about the original project from Giorgio Fossati’s carvings and a wooden model by architect Domenico Rizzi.

The origin of the name is shrouded in mystery, some say it comes from a legend. According to that, a real lion was kept in the garden. Others argue that the name comes from the lion heads sculptures decorating the facade overlooking the canal. (In Italian the name means “Palazzo Venier of the Lions)

Just 200 years later, in July 1949, the building and the garden are bought by Peggy Guggenheim, who has lived there for thirty years, until her death in 1979.

In 1949 the collector organized a contemporary sculpture display: it was the beginning of the permanent collection that we still visit today.

Peggy Guggenheim opens the palace to the public.

After some modernization works and having placed her art pieces, the collector starts a tradition: it allows people to visit her residence for free three afternoons a week, from Easter to November.

Soon the needs change and Peggy is ready to expand the exhibiting space.

In 1951 a new extension of the palace becomes in a new one floor building. It is a pavilion called the Barchessa, hosting temporary displays.

As mentioned above, after 1980 the Collection is managed by Solomon R. Guggenheim Foundation, to which Peggy donated the palace and all the works of art within it.

Within the rooms and the garden there are invaluable works of art, by the most famous artist from Italy and the whole world.

These works are of sculpture, painting, photography and much more.

Art historians consider the Peggy Guggenheim Collection a mirror of trends and dynamics of the world in the 1900s.

Speaking of contemporaneity, on the 9th of April 2022, it will start an unmissable exhibit titled “Surrealism and magic. The enchanted modernity“. It’s the first international exposition dedicated to the interest of surrealist painters for magic, esotericism, mythology and the occult.

It will be an opportunity to admire a wide and exhaustive overview of the Surrealist movement.

Peggy Guggenheim can be considered a visionary also in regards of this artistic current: in the late 30s she was already one of the most lively collectors of surrealist works.

Join us every Wednesday for other articles related to Art and Design!

In the meantime, have a look at these: 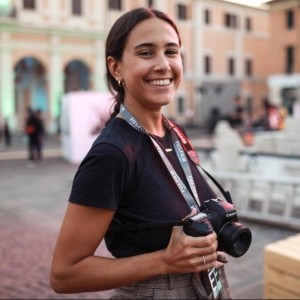 Palazzo Nani in Venice: from noble mansion to luxury hotel

Carlo Somigli
-
27 Jan 2022
We are going to have a look at an historical mansion, within the heart of Venice in the Cannaregio sestiere,...
Loading...